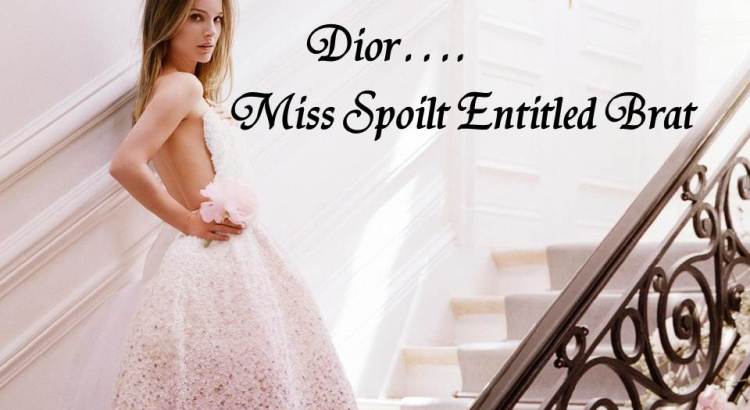 Dior’s new fragrance is not just selling overpriced smelly water; rather it’s selling an attitude, a spoiled, brazenly bratty and entitled attitude. In its new “film” (which is a word now used to describe a 90 second advertisement) which of course as a requirement for all perfume and aftershave brands, features movie star, Natalie Portman, as the bride to be. The “film” takes us to the day of her almost  wedding, which seems super fancy.

So it appears she is either marrying into money, is from money, or both. Either way daddy promised her the wedding of her dreams and the wedding of her dreams is what she is going to get; then of course to shit all over it. If daddy’s not rich and sold a kidney or re-mortgages the family home to afford this lavish affair, then I guess it’s “too bad daddy.” As the wedding ceremony approaches we get a series of flashbacks. These flashbacks include a scene  where room service comes to her room and by accident calls her madam. She immediately corrects him by saying its miss and possibly demanding later he be immediately sack for such impertinence. Like most minimum wage employees, he is just like “whatever Trevor” and proceeds to call her madam again. She isn’t no madam, she is a “miss” bitches, Miss Dior, get it. 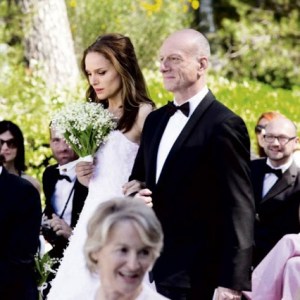 Anyway, it seems up until now she hasn’t really thought the whole marriage thing through. Ok it looks like the kind of wedding that’s taken months to prepare for. However,   minutes before her “I do,” she starts thinking in true spoiled brat way, “maybe I don’t want to do this.” We see this as a camera pans across her pensive and stressed out facial expressions. We see Miss Portman is pulling out all her acting chops for this one.  She heads down and what we assume is Daddy, greets her  and expresses how proud of her he is. Maybe because her marriage to this guy is to ensures the family business doesn’t go bankrupt. Famous last words.  Being the marriage tease she is, she proceeds to walk all the way to the groom, then gives daddy a flower and just fucks off running.

“I take that back, I am no longer proud of you, run away like you always do every time you face responsibility, just like your mother”

We don’t hear the father yelling, as she darts off into the country side.

No one chases after her, as they are just actors of course that have been told to stay put. We don’t even get to see the groom, as we meant to empathize with the bride who is a “free spirit” kind of gal that just decides, after all the money and preparation she can’t be fucked. It’s sold rebelliousness and being the maverick, when just being a serious selfish asshole, but when you are as cute as Natalie Portman, what can you say.

So this free spirt runs to the hills somewhere and just dumps her $85,000 Vera Wang wedding gown in a paddock someplace, fuck trying to sell it on eBay. Then low and behold there is a helicopter waiting. Hang on, is this a spur of moment choice? OK it’s not spur of the moment, it’s a pre-planned head fuck designed to humiliate the groom and crush daddy? OK it’s not that, she’s covered her based and realized she would be fucking someone, helicopter lover or groom but she just let herself choice for “who” until last. As the guy she elopes with could have theoretically been left there hovering wondering “what the hell?” Maybe he would have flew his helicopter over the wedding and dropped some pigs blood “Carrie” style on her if she was a no show.

Of course just landing the helicopter on flat patch of grass would have been easier but no, she has to climb up on those rope ladders, would be super scary if was real but instead making her dash for freedom is more dramatic. Also some flower petals have some escape from their flowers to make her accent even more stupid.  Of course as soon she gets in lover boy goes for the neck grope and we don’t hear spoilt brat tell him to suck his tongue back in and instead focus on not hitting the fucking cliff.

All this to sell a perfume. So the message if you are rich enough, hot enough, selfish enough and spoilt enough, then basically  do as you please and worry about it later because you smell like jasmine and lilac from a bottle that retails for $70 but cost $1.50 for the liquid. Thanks Dior  (who is owned by LVMH that have a turn over of 30 billion in luxury goods,) for creating another empowering/useless message to the young women of today.