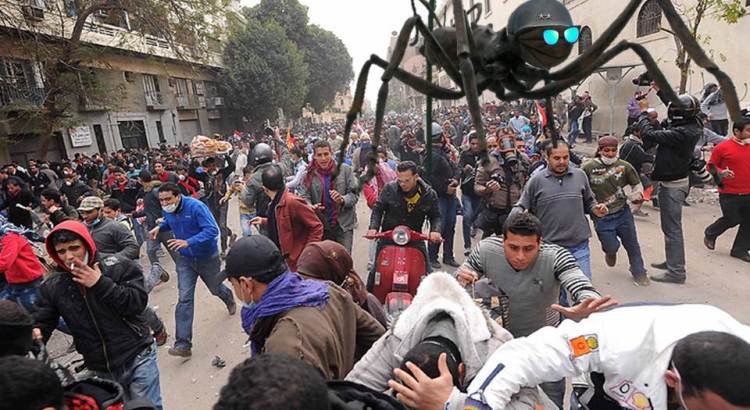 There are people who believe in parallel universes that propose that every choice we make, or do not make, splits off into a parallel universe type reality. So the other day, when I didn’t wash my hands after going to the toilet, that “washed hands” timeline now exists in some weird more hygienic other universe. With billions of choices being made by humans and dolphins daily, this means gazillions of parallel universe exist simultaneously, where every imaginable and unimaginable reality is possible.

That means that there is some time-line or parallel universe where giant mutant ants have taken over planet earth and enslaved humanity in their ant agenda.  I think we need to do everything in our power to create the timeline and here is why.

Given us non-ant humans have ruled the earth for a while now, I think it’s time we allowed another species to step in and take over. Giant mutant ants I think could be the wise choice. Why?  Reading Donald Trump could be the next US president or the EU now is confiscating poor refugees valuables or the fact Zayn left 1D, McHappy Meals and for sure the reality we are pretty much about to seal the deal in making earth uninhabitable for our  children’s children are just a few. With this and many more reasons I think safe to say ants may do a much better job at being planet earths overlords. Ok they may just rounds us up and make us accrue massive piles of sugar and crumbs, as who knows what their anty plans may entail. Yet it can only be improvement on the morons and psychopaths running todays show.

So for the record, I am pledging my allegiance to new our future ant queen when she is ready to take the reins of power. I will be one of those collaborators who wilfully and obediently serve our new mutant ant overlords. Hail her majesty, I am here to serve you always, now and forever.